It is not very likely someone has imagined that in less than 10 years in a small club like ours, in Bulgaria, would be selected and born horses, which genetic roots are quite close to the leading stallions in the world! When the world found out that Cascadello I and Cascadello II were sold for EUR 600 000 and EUR 450 000, respectively, everyone knew that their genes’ mix of Casall and Clearway lines would provide a-five-star sport horses worldwide. And then was born our Clarisall, having mirror pedigree with Cascadello I and II, while his damsire is an offspring of stallion No 1 in the world CASALL!!! The most unique in this case was the fact that after Clarisall, his sire, Clarimo (Clearway) also entered the stables of the current world number one Rolf-Goran Bengtsson!!! He knew about the stallion, and several times within the last few years wished us good luck on our breeding activities! In 2015 autumn, when Mr Bengtsson had pursuing the world title, riding Clarimo and Casall in Doha, one of first Cascadello I - Charleston foal was sold for the amount of EUR 300 000, whose damsire belongs to Cantus line, and last year, at the same circumstances, at the autumn auction in Holstein was sold a complete equivalent of Clarisall - Classic Motion (Clarimo - Casall) for EUR 170 000! Such money would make an ordinary person feel dizzy … Anyway, it is not necessary to comment what Clarisall’s offsprings’ expectations would be, but we would highlight a few facts! His sire - Clarimo is Rolf-Goran Bengtsson’s major horse, while the younger one Crunch - Clarimo x Canturo (Cantus) is his son! This year in Germany’s championship for a-5 -year horses, Clarimo and Casall offsprings’ got highest rankings, and the eventing champion in Germany, again, is a Clarimo offspring!!! First Clarisall’s foal was damsired by Quidam's Girl, and she is the sister of one of Bertram Allen’s horses (Bertram Allen was world number six in 2016). So, that was our first step in horse breeding with Clarisall. When we were planning second Clarisall’s offspring, we kept the trend that damsire would be of Cantus’ line. Kaligrafia belongs to Calido I (Cantus) and Gigantik’s line – (Gigantik was a-five-time champion in Bulgaria class "Т"). Currently, our most talented stallion is Rubi - Quidam's Rubin Sohn. His damsire Venera Miloska is the third mare, bred by Clarisall, to give birth in 2018. She is a sister of VAN KILMOR (Valentino), the horse that entered the stables of Michel Robert two years ago, and the stallion Viscount (Valentino) was sold at Hannoverenerverband auction for the record amount of EUR 270 000! Hope we would be lucky enough to take a good care of those Clarisall’s offsprings and be proud of them for certain!!! 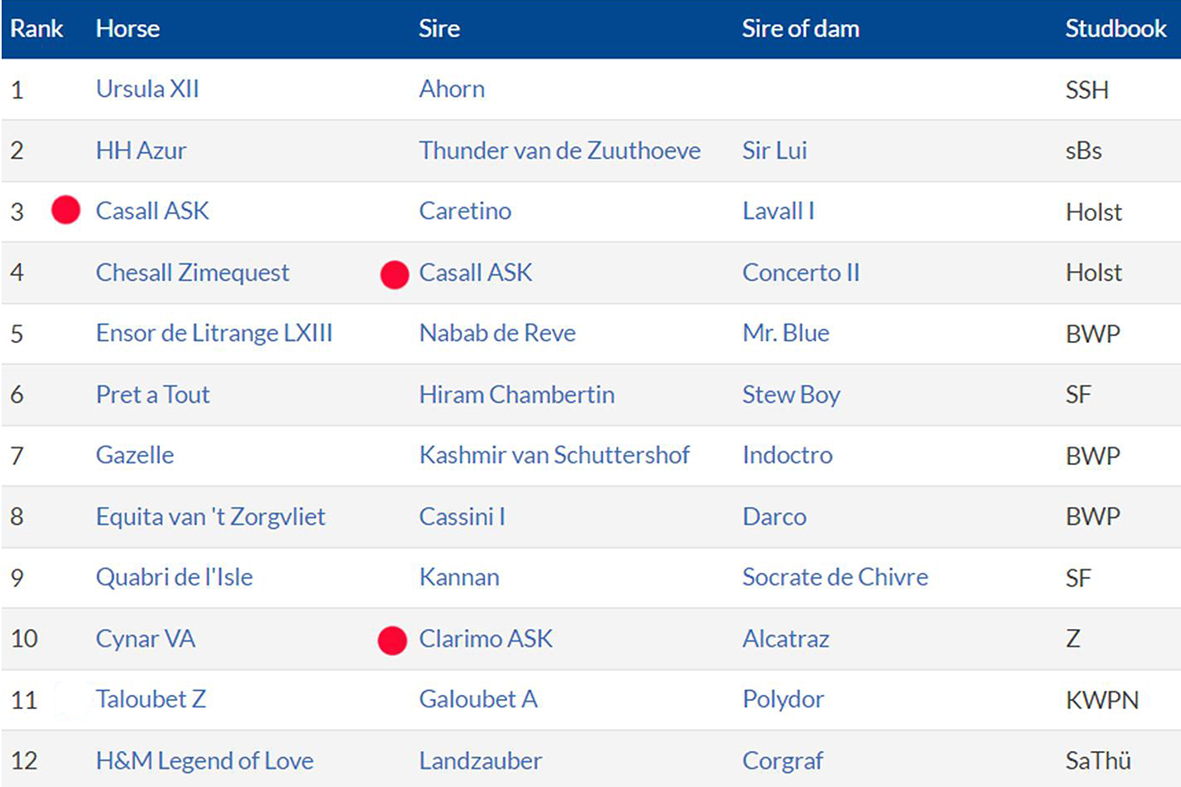