Our horse was rated better by the heirs of Cornet Obolensky, Casall Ask and Chacco Blue! 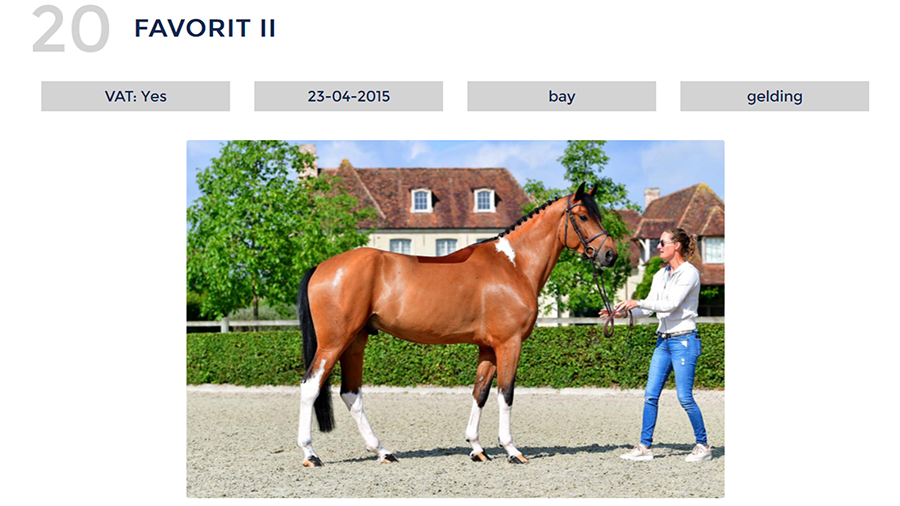 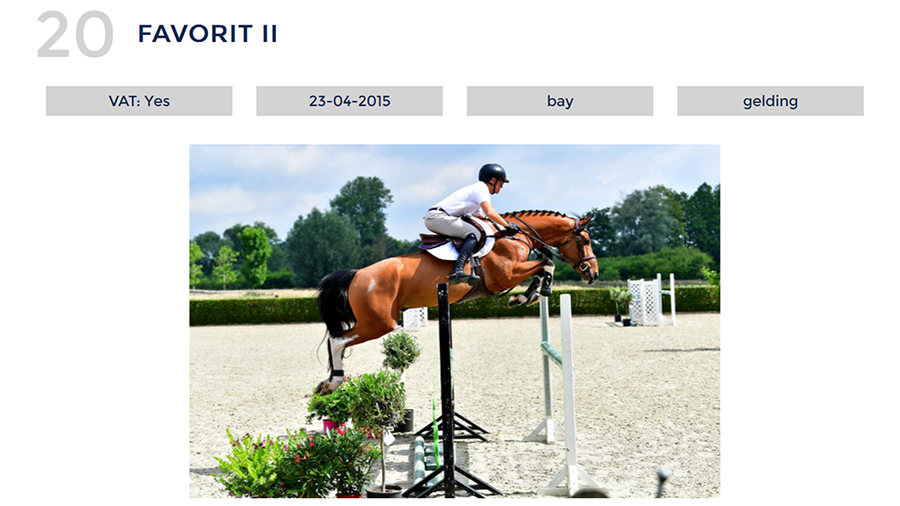 For all those who are curious to know the results of the auction at which our Favorit II (Figaro x Arka) - BWFA Auction 2020 was sold, we will note the fact that the price of 44,000 euros at which he knocked the hammer for his sale was fourth in the gradation:
https://www.clipmyhorse.tv/en_EU/ondemand/event/4913/competition/69288
Behind him are two heirs of Cornet Obolensky, three heirs of Casall Ask and four heirs of Chacco Blue, which has topped the WBFSH world rankings for two years! Among the others who were less appreciated by him are the heirs of stallions, which also dictate the world fashion in breeding, such as Emerald, Stakkato Gold, El Barone 111, Con Air, Aganix du Seigneur and even Eldorado van de Zeshoek: https://www.facebook.com/silvenasporthorses/posts/3428498047203729